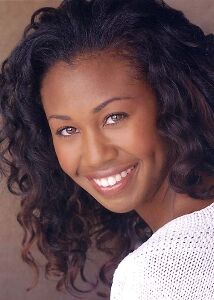 Tanya Wright is an American actress who plays the role of Deputy Kenya Jones on the HBO original series True Blood. Making her debut on the episode "To Love Is to Bury" in the series' first season, Tanya is a recurring guest starring actress through the same season, and returns as a guest starring actress through the series' second, third, fifth and seventh seasons. Tanya meets an untimely demise on the episode "Death is Not the End" in the series' seventh, and final, season.

A native of the Bronx, New York, Wright, a highly intuitive and independent woman, figuratively grew up with her mother who was 15 years of age when she gave birth to the first of four children. It was her grandmother's support and loving guidance that served as the cornerstone of her youth. While her mother earned graduate degrees and became a health care professional, she and her younger sister received scholarships to the George School in Pennsylvania, a Quaker boarding school. Wright then completed an independent/writing major at Vassar College.

Once Wright settled into her new L.A. life, she began to write, motivated by an absence of challenging roles for African American women.

Tanya out and about.