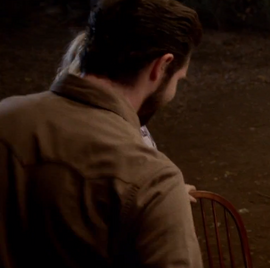 Sookie's Husband refers to the character playing the role of Sookie's unknown husband on the HBO original series True Blood. Played by American stuntman Timothy Eulich, Sookie's Husband is seen only at angles which hide his face, and appears only in the 2014 Thanksgiving Dinner scene at the end of the series' finale episode, Thank You, in the series' seventh, and final, season.