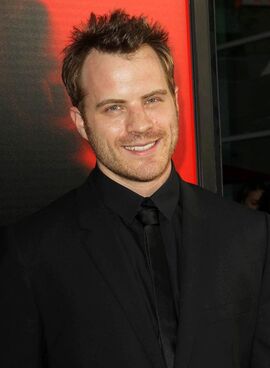 Rob Kazinsky, born Robert John Appleby on November 18, 1983 in Haywards Heath, West Sussex, England, is a British model and actor who plays the role of Macklyn Warlow on the HBO original series True Blood. Making his debut on the episode "The Sun", in the series' sixth season, Rob plays the role of a Faerie-vampire hybrid, and the second oldest supernatural being in the series, next to Lilith. A powerful hybrid, possessing both faerie and vampire abilities, Rob plays a recurring role through the series' fifth and sixth seasons. Seeking to take possession of Sookie Stackhouse to turn and marry her, Rob meets an untimely demise in the Season 6 episode "Radioactive".

He had trouble in the schooling department. Being expelled from both his high school and college.

He is best known to U.K. audiences for portraying Sean Slater, brother of Stacey, and son of Jean, a woman diagnosed with bipolar disorder, in the British soap opera, EastEnders.