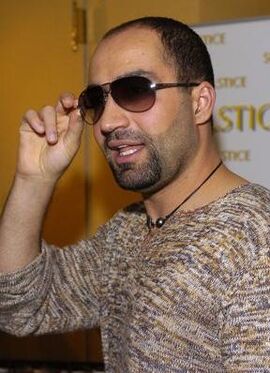 Peter Macdissi, born May 14th, 1974 in Beirut, Lebanon, is a Lebanese actor who plays the role of Luis Patiño on the HBO original series True Blood. Making his debut on the episode "Me and the Devil" in the series' fourth season, Peter plays the role of the vampire sheriff of Louisiana's Area 3. Playing a recurring role through the same season, Peter is a guest starring actor who meets an untimely demise at the hands of Antonia Gavilán de Logroño in the Season 4 episode "Cold Grey Light of Dawn".

Retrieved from "https://trueblood.fandom.com/wiki/Peter_Macdissi?oldid=140574"
Community content is available under CC-BY-SA unless otherwise noted.