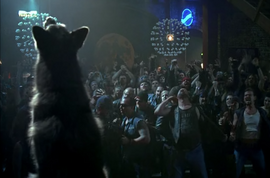 Packmaster is the term given to the "Alpha Wolf", or leader, of a pack of werewolves. Each location consists of its own specific community of wolves, and each pack of wolves denotes its strongest member as its leader, or "Packmaster". According to Alcide Herveaux actor Joe Manganiello, Packmasters on the HBO original series True Blood are strong, mature and peacekeepers within their packs: qualities he sees in Alcide. Although they are supposed to be fearless, they recognize Vampires as even more powerful beings. For example, John Flood feared going against Russell Edgington, and Marcus ordered his pack to not mess with the war between Witches and Vampires.

As seen in Me and the Devil and Everybody Wants to Rule the World, Packmasters' duties includes:

Packmasters (Marcus at least) consider a great offense for newcomers to remain out the pack.

When a Packmaster dies, his underlings honor him by assuming wolf form and devouring his corpse. The selection of a new Packmaster seems to rest on a traditional hunting contest that ends in a combat between the most suitable members; also it seems that an elected Packmaster can be challenged to defend his leader status. 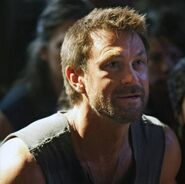 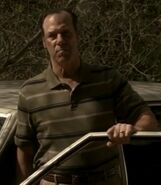 The Shreveport Pack.
Community content is available under CC-BY-SA unless otherwise noted.
Advertisement