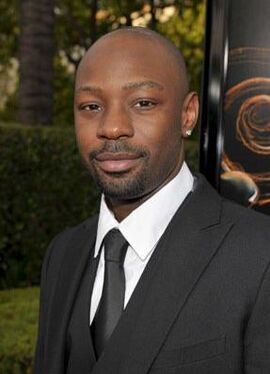 Nelsan Ellis (November 30, 1977 – July 8, 2017) was an award-winning American film and television actor and playwright who played the role of Lafayette Reynolds on the HBO original series True Blood. Making his debut on the series' premiere episode, "Strange Love", in the series' first season, Nelsan plays the role of a medium and cook working at Merlotte's Bar and Grill in the small town of Bon Temps, Louisiana. Playing a recurring role through the series' first, second, third, fourth, fifth, sixth and seventh seasons, Nelsan was part of the initial starring cast and remained a starring cast member until his final appearance, in the series' finale episode, "Thank You", in the series' seventh, and final, season.

Ellis was born in Harvey, Illinois. Following his parents' divorce, Ellis and his mother moved to Bessemer, Alabama, where he attended Jess Lanier High School for a year, then transferred to McAdory High School. He moved back to Illinois at 15, and graduated from Thornridge High School in Dolton, Illinois, in 1997. Ellis is a graduate of Juilliard. Nelsan passed away on July 8, 2017 after complications with heart failure.