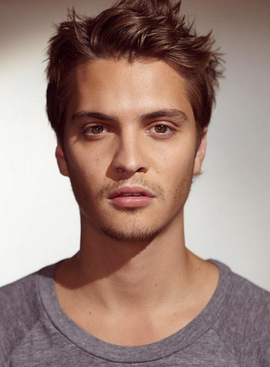 Luke Grimes born on January 21, 1984 in Dayton, Ohio grew up in a devoutly religious family where his father is a Pentecostal minister; he learned to play the drums in church. He attended The American Academy of Dramatic Arts, New York, NY for college in 2004.

One of first auditions in Hollywood was for the title role in the 2005 CBS biopic Elvis, which ultimately went to Jonathan Rhys Meyers. In 2007, started playing drums for the rock band Mitchells Folly, who released their debut album, Whirlwind, in 2008.

At the 2008 Breckenridge Festival of Film, shared a Best Supporting Actor Award with costar Dan McCabe for War Eagle, Arkansas.

Retrieved from "https://trueblood.fandom.com/wiki/Luke_Grimes?oldid=140903"
Community content is available under CC-BY-SA unless otherwise noted.