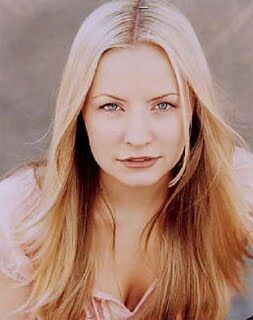 Lindsey Haun, born November 21, 1984 in Los Angeles, California, is an American actress who plays the role of Hadley Hale on the HBO original series True Blood. Making her debut on the episode "Frenzy" in the series' second season, Lindsey is the cousin of protagonist Sookie Stackhouse and her brother Jason. A recurring guest starring actress through the series' second, third, and fifth seasons, Lindsey plays the role of a waitress at the faerie nightclub Hot Wings, and was last seen in the Season 5 episode "Hopeless".

Lindsey Haun was born on November 21, 1984. She is the daughter of Jimmy Haun, a recording artist and guitarist, and the granddaughter of singer Rouvaun (Jim Haun). Her mother was a choreographer.

Haun started acting when she was 3, in a commercial for Little Caesars. Her first TV appearance was on an episode of Anything But Love, and her first notable film role was as Mara, the ruthless leader of the sinister children in 1995's Village of the Damned.

Haun also starred in the Emmy winning Disney Channel original movie, The Color of Friendship in 2000, which was based on a true story; from there she continued her relationship with Disney as one of the Movie Surfers. She later appeared in ABC Family's Brave New Girl, a television film based on the book co-written by Britney Spears.

In 2006, she starred in the movie Broken Bridges with Toby Keith, and was also signed to his record label, Show Dog Nashville, to be their first "cross-over" artist. Haun is also featured on the movie's soundtrack.

That year, Haun also co-starred in the movie Romeo and Jewel, a movie based on William Shakespeare's Romeo and Juliet, but set in Los Angeles and involving an interracial romance.

She plays regular shows in Los Angeles, primarily at her monthly residency at The Cat Club on the Sunset Strip with her new band, Haun Solo Project.