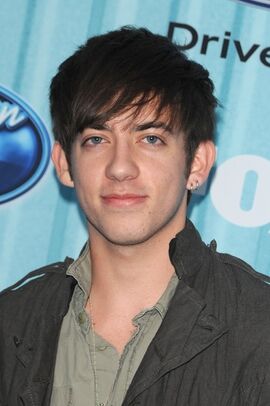 Kevin McHale, born June 14, 1988 in Plano, Texas, is an Americna actor who plays the role of Neil Jones on the HBO original series True Blood. Making his debut on the episode "Escape from Dragon House", in the series' first season, Kevin played the role of Coroner Mike Spencer's assistant. A closet "fangbanger", Kevin moved to Bon Temps, Louisiana from Kentucky and quietly became one of the groupies at the Shreveport vampire bar Fangtasia. When his body was initially mistaken for Bill Compton's, Kevin was burned alive with Malcolm Beaumarchais, Liam McKnight and Diane Hardwicke, meeting an untimely demise during his only other appearance, on the episode "Cold Ground" in the same season.

Kevin McHale is an American actor most notably known for acting on the show Glee.