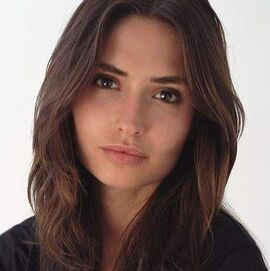 Karolina Wydra, born on March 5, 1981 in Opole, Poland is a Polish-American actress and model who plays the role of vampire Violet Mazurski on the HBO original series True Blood.  Making her debut on the episode "The Sun" in the series' sixth season, Karolina first appears as an inmate at Burrell's Camp. Playing a recurring role through the series' sixth season, and returning as a main character in the seventh, and final, season, Karolina meets an untimely demise in the Season 7 episode "Almost Home".