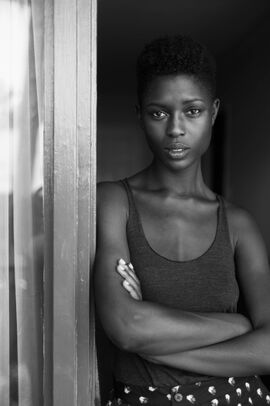 Jodie Smith is a British actress who plays the role of Siren 2 on the HBO original series True Blood. Making her debut on the episode "Who Are You, Really?", at the beginning of the series' sixth season, Jodie plays the role of one of three mysterious vampires devoted to Lilith, the original progenitor of the vampire race. Playing a recurring role through the same season, Jodie was last seen in the Season 6 episode "Life Matters".

Jodie Smith is a writer, model, and actress. This British-born Jamaican has made her acting debut in True Blood. Jodie is currently based in Los Angeles.