True Blood Wiki
Register
Don't have an account?
Sign In
Advertisement
in: Locations, Organizations, Fellowship of the Sun

Fellowship of the Sun

Fellowship of the Sun 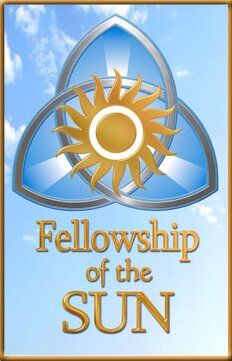 The Fellowship of the Sun is a cult and hate group on the HBO original series True Blood. Based outside of Dallas, Texas, the Fellowship of the Sun preach a message of "coming from the darkness into the light". One of the largest adversaries of the American Vampire League, the church is a leading voice in anti-vampire politics in America. The church's anti-vampire agenda is so extreme that it secretly resorts to terrorism and militant operations via Soldiers of the Sun.

Created by Reverend Theodore Newlin shortly after the Great Revelation, the day when vampires "came out of the coffin", the Fellowship of the Sun is devoted to the extinction of all vampires and other "creatures of the night".

The church's reverend, Theodore Newlin, his wife and baby were all killed in a mysterious car accident in mid 2008. His son, Steve Newlin, publicly pronounced the accident to be an assassination by vampires which turned out to be true. Theodore was killed under the orders of vampire Stan Baker.

Soon after, Steve filled his father's position as Head Pastor of the church. Steve,  along with his wife, Sarah Newlin, ran the Light of Day Institute.

Much of the church's congregation is made up of victims of vampire attacks, former fangbangers, family members of vampire murder victims, and people who just hate vampires.

Many young supporters of the church strive to reach the Light of Day Leadership Conference. An elite few of these members are selected as Soldiers of the Sun (S.O.S.). The Light of Day Institute focuses on the preparedness of members for the "Vampire Armageddon" as well as though the Leadership Conference; attendees focus on the core tenets of bringing new people into the Church as well as the skills to back up their faith.

Soldiers of the Sun[]

From the attendees of the Light of Day Institute - few are selected in order to join the Soldiers of the Sun. The S.O.S. mission statement involves the protection of the Human Race; the preservation and protection of the Fellowship of the Sun and above all the destruction of the Vampire Race.

Scenes of the Fellowship of the Sun church were filmed in the SkyRose Chapel at Rose Hills Memorial Park, a cemetery at 3888 Workman Mill Road, in Whittier, California. About 15 miles east of downtown Los Angeles, the park is just east of the 605 Freeway. Take the Rose Hills Road exit, then follow Workman Mill Road to the park's main entrance. The chapel is located atop a hill on the other side of the large park, so you'll have to follow the main road southeast just over a mile until you come to the church. Note that this church is miles away from the location used for the Light of Day camp.

Scenes of the Light of Day Institute were filmed at Camp Max Straus, at 1041 Shirly Jean Street, Glendale, California. Just south of the Foothill (210) Freeway, Camp Max Straus is located on 112 wooded acres in the Verdugo Mountains. The field where Jason and Luke faced off in a game of "Capture the Flag" is actually the Steinbaum Family Field, on the east side of the camp.