When another Bon Temps resident is found murdered under suspicious circumstances, Jason is once again taken into custody and it is up to Sookie to uncover the identity of the real killer and clear her brother's name. Asking for his help Bill takes Sookie to the vampire bar Fangtasia, where she is introduced to Eric, a thousand-year-old Viking vampire and Bill's superior.

As Sookie screams for help, Jason shows up with a bouquet of flowers for Dawn. Dawn’s neighbor, Faye Lebvre, answers Sookie’s calls and, upon seeing Dawn’s body, immediately accuses Jason of killing her and storms off. A little later a large crowd of police and onlookers has gathered. These include Merlotte's waitress Arlene Fowler, her boyfriend René Lenier and Hoyt Fortenberry, both of whom work on Jason’s road crew. Sam, who owns the block of houses where Dawn lives, shows up. He attempts to comfort Sookie just as coroner Mike Spencer and his assistant Neil Jones bring Dawn’s body out.

Andy Bellefleur takes Jason in for questioning once more. Jason, remembering that he has illegal vampire blood on him given by Lafayette, swallows the whole vial in his agony. Halfway through his questioning, the overdose of V gives Jason a severe case of priapism. He is rescued from the cops by Tara. After she takes him home, Jason tries to rid himself of his erection, but nothing seems to work. Gran asks Sookie to read the townspeople’s thoughts in order to find any evidence that will clear her brother’s name.

Desperate for relief, Jason goes to Merlotte’s to see Lafayette who cannot help him and instead chastises Jason, reminding him that he warned him not to take more than two drops. After deducing Jason’s use of V, Tara insists on taking him to the hospital.

In order to help with Sookie’s investigation, Bill agrees to take her to a vampire bar in Shreveport named Fangtasia. Sam warns Sookie of the dangers of hanging around such places and tells her she could even get herself killed, but she ignores him and goes anyway. When they arrive at Fangtasia, Bill and Sookie are admitted by an old vampire acquaintance of Bill’s, Pamela Swynford De Beaufort. Sookie describes the bar as what a vampire bar would be like if it were in Disneyland.

At the hospital, Jason lies to the doctor, Dr. Offutt about not taking any drugs. Not wanting to risk a drug reaction, the doctor uses a large syringe to drain the blood out of Jason’s penis without anesthesia; Tara can't even look. On the ride home Jason sleeps while Tara reminisces about their childhood together, when Jason would protect her from her mother's drunken violence. It clearly seems that Tara is in love with Jason.

At Fangtasia, Bill and Sookie are summoned by Eric Northman, a thousand-year-old Viking vampire and owner of the bar. Sookie shows him pictures of Maudette and Dawn. Eric reveals that he slept with Dawn, but rejected Maudette. Sookie senses that a human is being fed on in the bathroom just before a police raid on Fangtasia. She, Bill, Pam and Eric manage to escape just in time. On their way back to Bon Temps, Bill is pulled over by a police officer and the situation gets out of hand when Bill glamours the officer; Bill makes the officer hand him his gun. Sookie is afraid Bill is going to kill him, but instead he simply drives off after warning the officer to be careful the next time he pulls someone over on suspicion of being a vampire.

The episode ends with Sam letting himself into Dawn’s old house and sniffing her pillow and sheets. 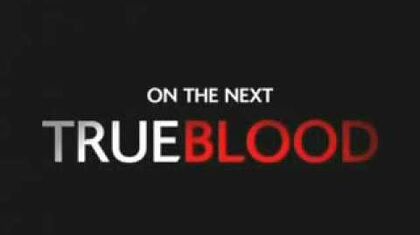 ER Doctor Offutt: (to Jason) "It's huge and purple. It kind of looks like an eggplant."

Tara Thornton: "Lift the ribeye. Let me see what we're dealing with."

Eric Northman: "So, Bill. Are you quite attached to your friend?"
Bill Compton: "She is mine!"
Sookie Stackhouse: "Yes. I am his."
Eric Northman: "Well, what a pity... for me."

Doctor Offutt: "We need to aspirate. I need to drain the blood out of your penis."
Tara Thornton: "Okay, I'll leave you to it!"
Jason Stackhouse: [grabbing Tara's arm] "Where're you goin'?"
Tara Thornton: "Look, I would admit to sometimes having a sick curiosity about medical shit, but I ain't that fucking curious!"