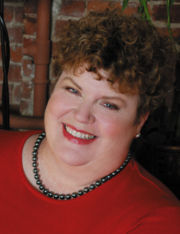 Charlaine Harris, born November 25, 1951 in Tunica, Mississippi, is a New York Times bestselling author who wrote the books in which the HBO original series True Blood is based. A mystery writer for over twenty years, Charlaine was born and raised in the Mississippi River Delta area of the United States and now lives in southern Arkansas with her husband, and three children. Though her early works consisted largely of poems about ghosts and, later, teenage angst, she began writing plays when she attended Rhodes College in Memphis, Tennessee, and began to write books a few years later. Her The Southern Vampire Mysteries collection, featuring a telepathic waitress named Sookie Stackhouse, received such good rapport, that it was only a mere seven years later before it was adopted by the HBO network, and branded as their original hit series True Blood.

After publishing two stand-alone mysteries, Harris began the lighthearted Aurora Teagarden books with "Real Murders", a Best Novel 1990 nomination for the Agatha Awards. Harris wrote several books in the series before the mid-1990s when she began branching out into other works. She did not resume the series until 1999, with the exception of one short story in a "Murder, She Wrote" anthology titled, "Murder, They Wrote."

In 1996, she released the first in the Shakespeare series, set in rural Arkansas. The fifth book in the series, Shakespeare's Counselor, was printed in fall 2001, followed by the short story "Dead Giveaway" published in the "Ellery Queen Mystery" Magazine in December of the same year. Harris has stated on her website that she has finished with the series.

After Shakespeare, Harris created the Southern Vampire Mysteries series about a telepathic waitress named Sookie Stackhouse who works in a northern Louisiana bar. The first book in the series, Dead Until Dark, won the Anthony Award for Best Paperback Mystery in 2001. Each book follows Sookie as she tries to solve mysteries involving vampires, werewolves, and other supernatural creatures. The series has been released in Australia, New Zealand, Japan, Spain, Greece, Germany, France, Argentina, Poland, Brazil, Great Britain, Ireland, Mexico, Sweden and Czech Republic.

Sookie Stackhouse has proven to be so popular that Alan Ball, creator of the HBO TV series Six Feet Under, announced he would undertake the production of a new HBO series based upon The Southern Vampire Mysteries. He also wrote and directed the pilot episode for the series, True Blood, which premiered on September 7, 2008 on HBO .

October 2001 marked the debut of Harris's new series about a young woman named Harper Connelly, with the release of "Grave Sight". Harper, after being struck by lightning, is able to locate the bodies of the dead clairvoyantly.

Professionally, Harris is a member of the Mystery Writers of America and the American Crime Writers League. She is a member of the board of Sisters in Crime, and alternates with Joan Hess as president of the Arkansas Mystery Writers Alliance. Personally, Harris is married and the mother of 3 teenagers. A former weightlifter and karate student, she is an avid reader and cinephile. Harris resides in Magnolia, Arkansas, where she is the senior warden of St. James Episcopal Church. 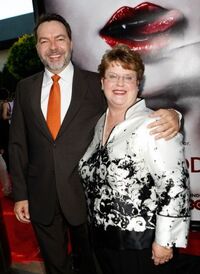 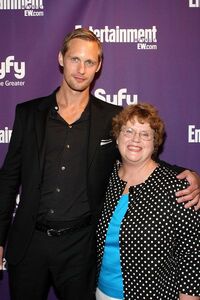 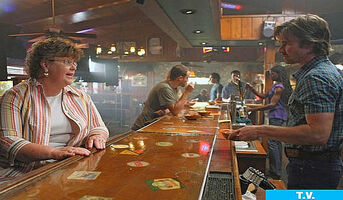 Charlaine filming her cameo on the set of True Blood 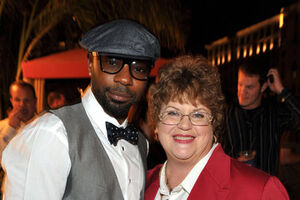 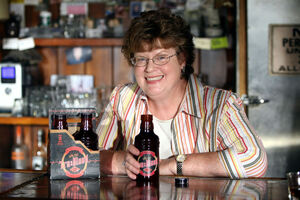 Charlaine on the set of True Blood 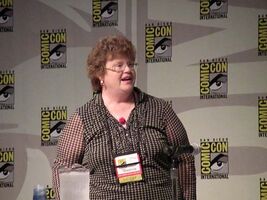 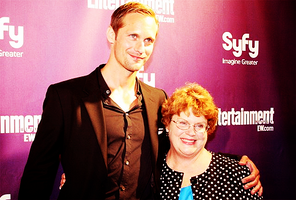 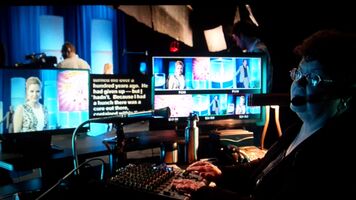 Credited as "Infomercial Sound Mixer", Charlaine plays a cameo as the control booth operator for the filming of the "New Blood" commercial.