Edit
watch 02:24
Wiki Targeted (Entertainment)
Do you like this video?
Play Sound 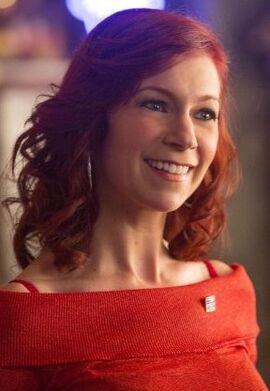 "I did not survive four lousy husbands, a serial killer boyfriend and the sort of suicide of my love Terry, to die in the dingy basement of a fucking vampire bar."
―Arlene Bellefleur, to Holly, Jane, and Nicole[src]

Arlene is a sassy Southern woman who sees herself as spunky; she says what she wants, sometimes disregarding others' feelings. Arlene is a fair-weather friend. Sookie finds herself working Arlene's shifts when she needs to leave early and takes care of her kids while she is at dates. Still, a lot of her flightiness at work is due to how much she worries about her children, and it is apparent time and time again that they are her whole world.

Arlene also proves to be a caring and loving individual. She is fiercely protective of her children, refusing to leave her burning house until she found them. While she has a good heart, she is often apt to resort to bigotry (directed at vampires) and openly disapproves of Sookie's relationship with Bill. Arlene often makes remarks that have distinctly racist undertones though this often appears to be unintentional. Despite her flaws, it is clear that she's capable of deep love and devotion, as seen in her relationships with Terry Bellefleur and her children.

Her mediumship explains why Mikey can see ghost. Most likely, passed on to him by his mother.

The current extent of her powers are not fully shown. It is not known yet if she is a natural born Medium or not.