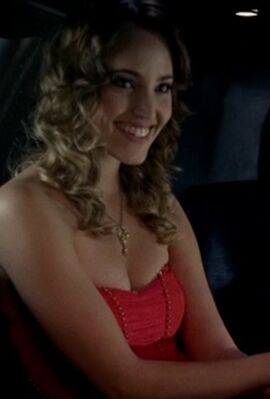 Angelica was a dancer at the Faerie safehouse and nightclub Hot Wings on the HBO original series True Blood. Played by American actress Kherington Payne, Angelica possessed the powers of Telepathy and Photokinesis, and is presumed to have met an untimely demise during her only appearance, on the episode "We’ll Meet Again" in the series' fifth season.

Along with Lilianne and Delilah, she greets Judge Clements (an old customer), Jason and Andy as they take them on a limo ride to a mysterious destination where they find a sensual party in Hot Wings. ("We’ll Meet Again")