Amy Burley came to Bon Temps after dropping out of college to tour America, much to her parents dismay. Jason Stackhouse met her at Fangtasia while looking for a place to buy V. Amy overheard Jason asking about V and quickly took him out of the club before other vampires could hear him.

The two spoke and got to know each other and Jason took her back to his home where she taught him how to ingest V and how the effects can make you feel simply amazing. After a V-fueled evening with Jason, the two decided to start a relationship and Amy agreed to stay in Bon Temps. She was given Dawn's job at Merlotte's after spontaneously helping out waiting tables during a particularly poorly staffed evening.

Amy was addicted to V as was Jason. Amy orchestrated the kidnapping of Eddie Gauthier, the vampire from whom Lafayette was getting blood. Amy was starving Eddie, drinking his blood and keeping him tied up. Eddie started to warn Jason about the derangement of his girlfriend which lead to Jason trying to free him.

This provoked Amy to stake Eddie, rationalizing her actions by saying that he would have killed them. However, Jason had bonded with Eddie and was saddened by his death. This strained his and Amy's relationship. Jason decided that he and Amy should give up V. Amy agreed as long as that they could get high one last time.

While on their final V trip, Drew Marshall entered Jason's house and strangled Amy while Jason was unconscious next to her. 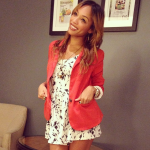